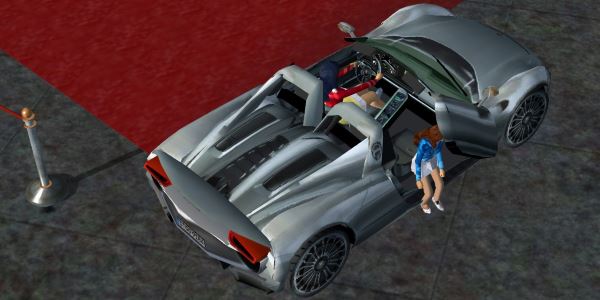 FSX/FS2004 – Sport And Racing Car Porsche 918 Spyder/RSR. It was a very expensive concept car, in production between 2013 and 2015. Later on Porsche used it as technology carrier as hybrid with a 4.6 liter 447 kw plus two electro motors with 210 kw; altogether about 880 hp. The 918 RSR is a combination between the Spyder and the Porsche 997 GT3 R Hybrid. This package contains three different models in three paint schemes: 1. Spyder with animated tail spoiler, driven by girlies. 2. Spyder in RSR look with racedriver and removable rooftop. 3. RSR with racedriver in the colors of the Porsche Inteligence Performance. The models has a 2D panel and a VC. The airfiles are supposed to be used on the new Le Mans racetrack scenery.