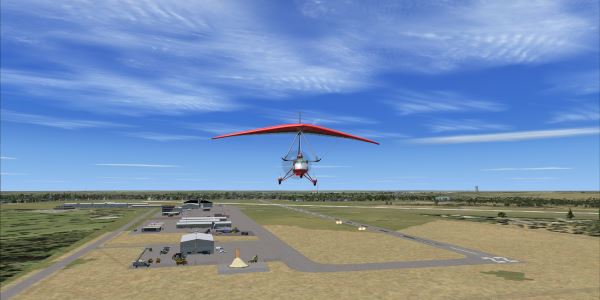 FSX – KSWO And KPWK Bonus, Oklahoma, Texas, USA. This is a large rework of the Stillwater, OK airport and surrounding areas with work done on the OSU area adding a football stadium and larger building that the default did not have. A bonus file for Waco, TX airport was included that adds parking to a default airport that had only three parking areas.

END_OF_DOCUMENT_TOKEN_TO_BE_REPLACED

FSX/P3D . Vickers Type287 “Wellesley”. The Vickers Type287 “Wellesley” was a British 1930s light bomber built by Vickers-Armstrongs at Brooklands near Weybridge, Surrey, for the Royal Air Force. While it was obsolete by the start of the Second World War and unsuited to the European air war, the Wellesley was successfully used in the desert areas of East Africa, Egypt and the Middle East. This is a panel update for the Wellesley designed by Kazunori Ito. It features a new enhanced and more realistic VC and a new 2D panel with all new instruments. Animated yoke in the 2D panel, smoke and additional camera views added. The FDE has been corrected also.

Thanks to Kazunori Ito for the original model, to Andre Ludick for the FDE improvement and to Erwin Welker for the added camera views. VC improvement and new 2D panel by Michael Pook.

FSX – Brooksville-Tampa Bay Regional Airport (KBKV). This is former World War II military airfield used by the 9th Bombardment Group to train B-17 and B-24 crews and is now the largest airport north of the Tampa Bay-St. Petersburg/Clearwater region in Florida with two active runways, including a 7000-foot ILS runway, and a control tower. The scenery package includes a photoreal airport background and models of actual buildings on the airport and in the vicinity. Scenery is based on Google Earth including street view, and it is optimized for use with UTX-USA.

FS2004 – Scenery Transload-Carrier-Fleet.  There are 18 Nimitz-class aircraft carriers in various locations around the world, modified and updated by Richard Hogen in his freeware package “Carriers 2006”. All carriers are equipped with navaids and arrestor-cables

FSX – St George Island Airport (F47) located in NW Florida (FL), USA is a privately owned, public use facility established in March, 1983. F47 features a 3339 x 65 foot wide asphalt runway with a wind indicator. The airport does not list any home-based aircraft. This airport is provided by the St George Plantation Owners’ Association for the convenience of owners and authorized guests. Prior notice is required.

FSX – Scenery Kendall Airstrip (WN08). Kendall Airstrip is a private airfield just East of Kendall, WA. The airfield has one small 1300×40 foot grass strip, and tall 50-foot trees on the east side of the field, making it a fun and challenging one-way-in-one-way-out airstrip. The airfield is home to 8 aircraft according to Airnav. Airstrip uses default FSX scenery objects. Enjoy!