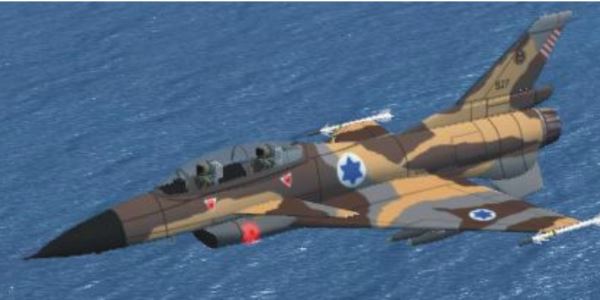 FSX –  Israel Lavi by JR Lucariny Update. This is an update for FSX of the update of the Israel Lavi by JR Lucariny and updated by
Michael Pook. I have changed the sounds as the ones with it hurt my ears. I have simplified the 2D panel background and used
almost all default gauges on the 2D panel. I also added some gauges to the VC so it might be a bit easier to fly for those who like VC flying. I have updated the flight dynamics; and changed the afterburner effects as well as the smoke and touchdown effects. With missing gauge.