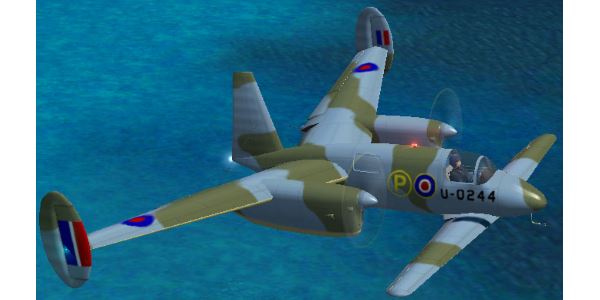 FS2002/FS2004 – Miles M.39B Libellula. This Aircraft(from Libellulidae, a taxonomic family of dragonflies) was a Second World War tandem wing experimental aircraft built by Miles Aircraft, designed to give the pilot the best view possible for landing on aircraft carriers. A scale version of the M.39 design was proposed by Miles to meet Air Ministry specification B.11/41 for a fast bomber. The M.39B was used by Miles to generate data from which the M.39 design was improved, but the M.39 project was cancelled and the M.39B broken up.