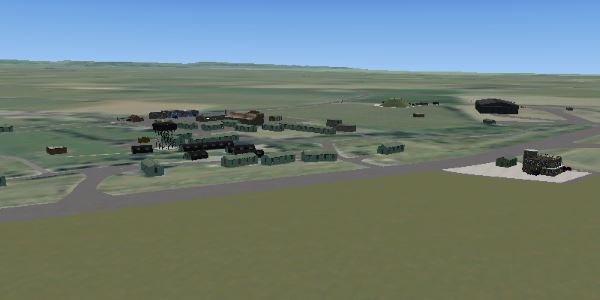 FSX – RAF Crof. Royal Air Force Croft was a former Royal Air Force station located 4.6 miles (7.4 km) south of Darlington, County Durham, England. The airfield was opened in 1941 for use by the Royal Air Force (RAF) but by 1942 the aerodrome had been taken over by the Royal Canadian Air Force (RCAF) for training as part of No. 6 Group RCAF. The station is now more famously known as the site of Croft Circuit, a motor racing circuit which hosts various car championships including the British Touring Car Championship.