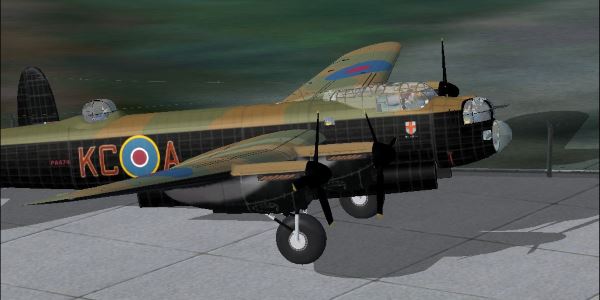 FSX – British Lancasters Collection. Represented in this pack are 2 Lancasters currently operating in the UK: NX611 “Just Jane”, housed in a taxiable condition at the Lincolnshire Aviation Heritage Centre, on the site of the former RAF East Kirkby, Lincolnshiire. PA474 “City of Lincoln”, currently operated in airworthy condition by the Royal Air Force Battle of Britain Memorial Flight (BBMF). One of only 2 airworthy Lancasters in the world (The other being FM213, at the Canadian Warplane Heritage Museum, Ontario, Canada).