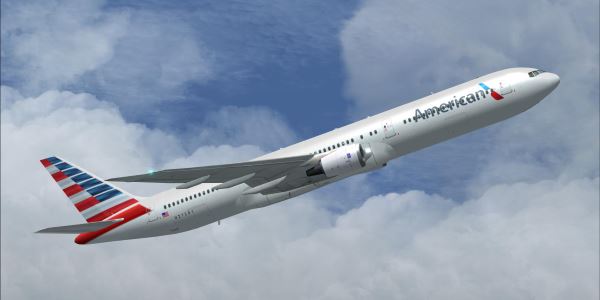 FSX – Boeing 767 American Airlines. The Boeing 767 is a twin-engine aircraft of the U.S. aircraft manufacturer Boeing . The economically very successful low-wing monoplane was the first long-haul Boeing aircraft with only two engines and is produced today. The Boeing 767 has until today more transatlantic flights performed than any other passenger airplane. The development of the Boeing 767 as a widebody aircraft began on 6 July 1979 and was intended as a replacement for the Boeing 707. The first flight took place on 26 Of September 1981. Free for private use.