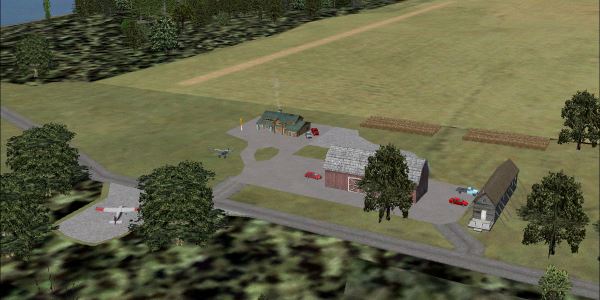 FSX – Scenery Westwind Airport 7WA3 Update 2.0. Changes Made: Corrected floating apron glitch by flattening the area with the house/barn/static planes and deleted the apron that was being used as a road and replaced it with a real road. Other changes include changes to some farms in the area. Westwind is a private airfield along the Nooksack River about 3 miles south of Everson. Landclass around airport has been changed to show fields and house instead of a blank forest. Towns added are Everson and Nooksack, north of Westwind. Also added my friend’s airstrip which is 800 feet, north of Westwind, and isn’t published on FAA charts.