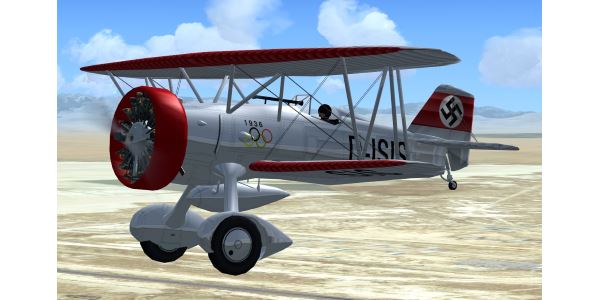 FSX – Curtiss F-11 Hawk II Update. This is an FSX update for the Curtiss F-11 Hawk II, originally designed for FS2004 by Eduardo Padul, and features the original Columbian Army livery and two German textures. The latter depict two planes purchased by the German government in 1934 for the famous WWII pilot Udet. After a crash with the D-IRIK he used D-IRIS as his private aircraft until the outbreak of WWII. The package features both an entirely revised and enhanced VC and 2D panel.  Thanks to Eduardo Padul for the original model, to Caz Dalton for the repaints, to Tim Dement for the sound file and Tom Eads for the engine model.