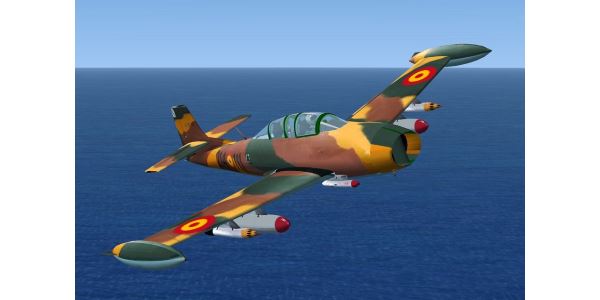 FSX/FS2004 – Jetfighter Saeta HA-200 from the 50th. Spanish jetfighter Saeta HA-200 from the 50th in two versions. The HA-200 Saeta (Arrow) was the first Spanish turbojet aircraft, used by the spanish and egypt airforces. It was designed by Willy Messerschmitt and was eqipped with 2 relativly small jet engines. The first flight was 1955, entered service 1962. As FS-model you can fly a clean version in bare matal and an armed version in camo. The models has a photorealistic 2D panel and a VC with animated stick- and throttle arms. No fix need.