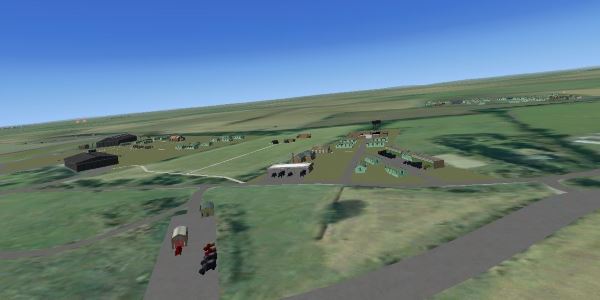 FSX – RAF Acaster Malbis was a Royal Air Force station located 5.9 miles (9.5 km) south of York city centre and 5.7 miles (9.2 km) east of Tadcaster, North Yorkshire, England. RAF Acaster Malbis was developed from a small grass airfield at the beginning of the Second World War and its main use was as a training base for RAF Bomber Command before being used by RAF Maintenance Command from 1944 until 1957.