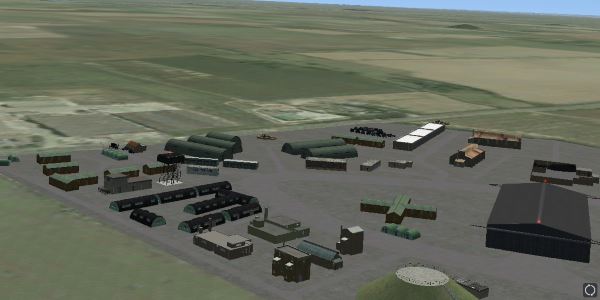 FSX – RAF Hutton Cranswick is a former Royal Air Force station located immediately south west of the village of Hutton Cranswick in the East Riding of Yorkshire, England. RAF Hutton Cranswick opened in January 1942 as a fighter airfield within No. 12 Group RAF. Unusually for the time its three runways were concrete “from new”, many airfields (particularly fighter airfields) were initially built with grass runways which were later upgraded to concrete. Many squadrons rotated through the airfield including 610, 19, 308 (City of Kraków), 316 (City of Warsaw), 195, 306 (City of Torun), 302 (City of Poznan), 315 (City of Deblin), 234, 168 and No. 170 Squadron RAF. From December 1943, the Anti-Aircraft Co-operation 291 Squadron was formed at the airfield for target towing and similar uses. Whilst in use by 291 other fighter squadrons continued to rotate through including 401, 403, 412, 441, 442, 443 (all flying Supermarine Spitfires) and 439 using Hawker Typhoons. The final unit to operate from Hutton Cranswick was No. 124 Squadron RAF using Spitfire IXs. The station closed in 1946 and has reverted back to farm land, an industrial site now stands were the tech site was situated and the tower became a house.