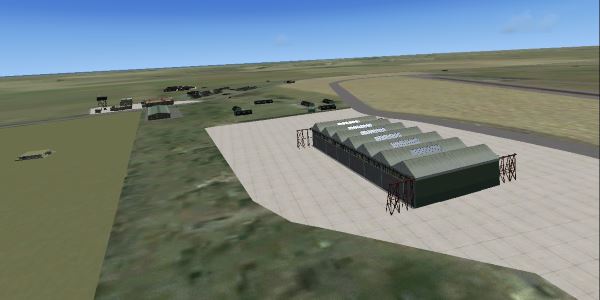 FSX – RAF Catfoss. RAF Cartfoss, a Royal Air Force station located 4.0 miles (6.4 km) west of Hornsea, Yorkshire, England. RAF Catfoss was a Royal Air Force station during the Second World War. The airfield was opened in 1932 for an Armament Training Camp. A small number of fighters were posted there at the start of the Second World War, before the airfield was rebuilt as a bomber station. It closed in November 1945. The site was re-opened in 1959 as the site for the PGM-17 Thor ballistic missile. It closed again in 1963.