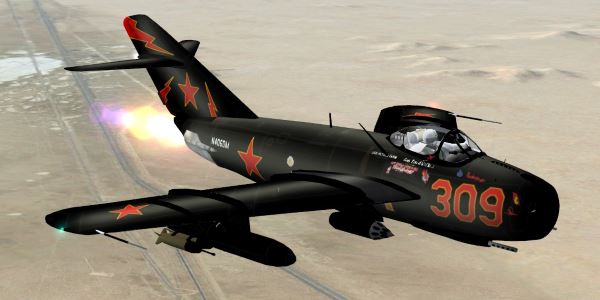 FSX – Mig-17F Update. This is an update of my earliar FSX update of the Mig-17F by Kazunori Ito. The package features the original paint plus four beautiful repaints by Mike Pearson, each of them assigned to three different models (clean, tanks and tanks + weapons). I’ve changed several things for improvement incuding flight dynamics, VC wiew, popup windows with radio and GPS as well as VC light plus I added afterburner effect as the Mig 17, unlike her predessessors, was equipped with it. The VC is static with non-functional gauges. Thanks to Kazunori Ito for the original model, to Mike Pearson for the repaints and to Erwin Welker for the new camera views.