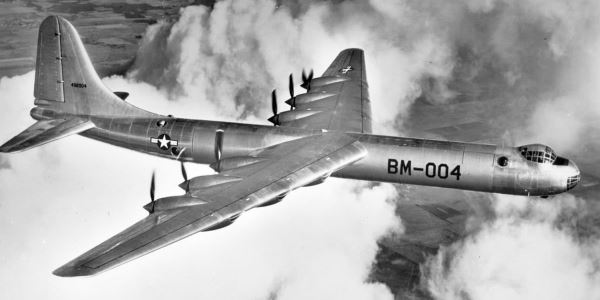 FSX – Convair B-36 Peacemaker. Built by consolidated vultee (Convair) in the late forties, The Convair B-36 Peacemaker was the largest American bomber every produced. Development of the huge plane began in 1941. The Army Air Force wanted a bomber that could fly from the United States to Europe, drop bombs, then return. The prototype first flew on  August 8, 1946. The first operational models were delivered to the Strategic Air Command 1948. Included in this file are versions, A, B, D, H, and J models. The A and B versions are textured in FS9 style polished metal textures. Includes a virtual cockpit based on the b-36b cockpit, with a few updated and modern instruments, and a full gauge panel on the engineer station. custom sounds taken from scenes in the movie “strategic air command.”