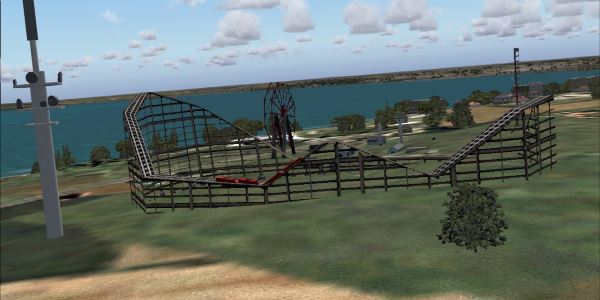 FS2004 – German Theme Parks. This scenery is not a replication of the real amusement parks. It uses the default Coney Island-style park that comes with FS2004. Regard them as a visual reference for VFR flying showing the parks locations. Included are the five biggest German theme parks which are: Europapark-Rust, Heide Park-Soltau, Phantasialand-Brühl, Holiday Park-Hassloch and Hansa Park-Sierksdorf.