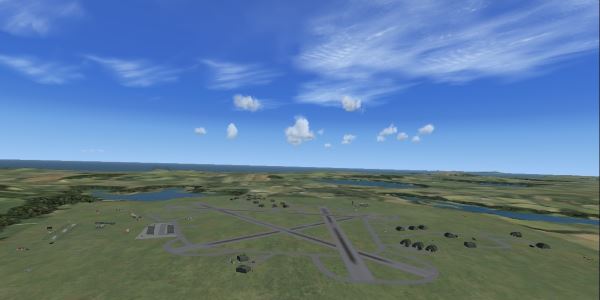 FSX – RNAS Twatt,Orkney, Scotland. Opened on the 1 April 1941 RNAS (HMS Tern) was used throughout the second world war by various Sqns of the Royal Navy undergoing training. The station had 4 concrete runways with various hangers and the usual building associated with a military base. It was also the first unit in the UK to experience a helicopter crash when a Sikorsky helicopter getting ready for take off; hit a parked Blenheim. The UK and Iceland where involved in what was called the cod wars in the early 1970s, and NATO was concerned that it would have to remove its bases from Iceland should the dispute escalate between the 2 countries and there was talk of Twatt becoming a NATO base. However, this did not happen and the idea was dropped. There was also talk of the unit becoming a base for helicopters supporting the oil industry, however, as a result of the drop in oil prices during the 80s that idea was also dropped. Most of the airfield has been returned to farming now with only the unique Control Tower and a handful of other building remaining.