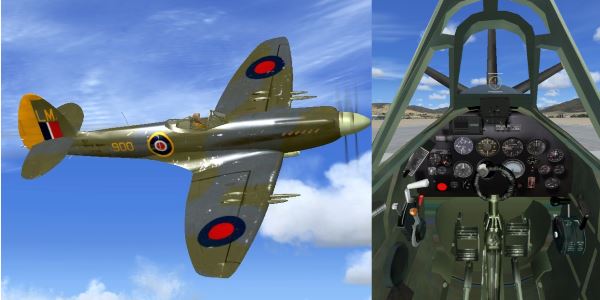 FSX/FS2004 – Seafire F Mk 46. The Supermarine Seafire F.Mk.46 was the first version of the Griffon-powered Seafire to be truly suitable for service on aircraft carriers, featuring contra-rotating propellers that solved the handling problems caused by the torque problems introduced with the Griffon. The 24 aircraft that were produced had fixed wings.They were used for training and trials, before being withdrawn in 1951.

This is a new model by A.F.Scrub.