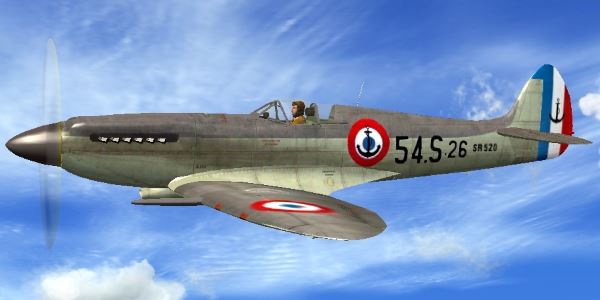 FSX/FS2004 – Seafire MKXV Scenery. The Supermarine Seafire, or Sea Spitfire (the official name), was a naval development of the Spitfire, and was the first modern carrier based fighter fielded by the Royal Navy. The Mk XV had the single stage Griffon engine in a basically Seafire L Mk III airframe but with wing root fuel tanks, retracting tailwheel and larger tail of the Spitfire VIII. It had folding wings. Armamant was two cannon and  four machineguns. The arrester hook was often of the “sting” type, whereas previous marks had used a “v” frame hook. The XV could carry a 500lb bomb , 390 produced..

This is a new model by A.F.Scrub