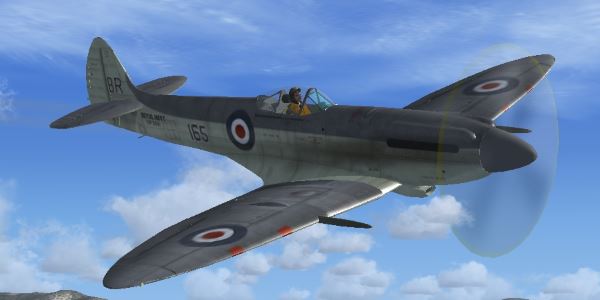 FSX/FS2004 – Seafire MkXVII. The Supermarine Seafire, or Sea Spitfire (the official name), was a naval development of the Spitfire, and was the first modern carrier based fighter fielded by the Royal Navy. The Seafire F Mk XVII was a modified Mk XV; the most important changes were the teardrop canopy, reinforced main undercarriage which used longer oleos and a lower rebound ratio. This went some way towards taming the deck behaviour of the Mk XV, reduced the propensity of the propeller tips “pecking” the deck during an arrested landing and the softer oleos stopped the aircraft from occasionally bouncing over the arrestor wires and into the crash barrier. This is a new model fully working in FS2004 and FSX.