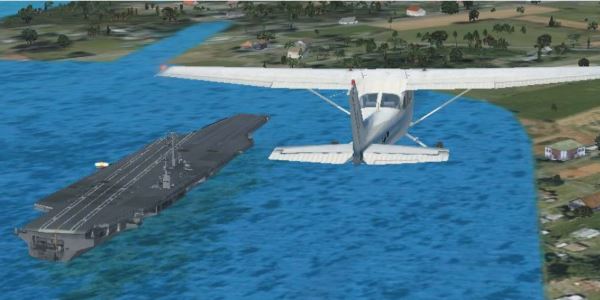 FSX – Service Pack. This is an update for FSX that some people may be unaware they need. It contains an exe file that will install a missing portion of service pack 1 that was left out of Acceleration. The .dll file in the other folder may be needed for those who have FSX crash when accessing menus; or as happened to me, needed to be there so FSX Acceleration did not crash early each session while running under Windows 8.1. The SP1 update also makes it possible to see carriers in Acceleration that otherwise would not be able to be seen. These files are on the internet for anyone to download, but I don’t remember coming across an update like this to bring people’s attention to them.